The reason why it is so hard to quit playing Dota 2 is because it is designed to be extremely engaging on multiple levels. Even if I talk about myself personally, when I am angry I play Dota 2, select some hero which can beat the crap out of enemy and after the game I am relaxed. When I am sad, I play some technical hero like Invoker, so my attention is totally diverted from the game. But other than that, there are also some great things that we learn from Dota 2. I’ve compiled a list of things that we learn from Dota 2 below. You can read out and let me know what you think. 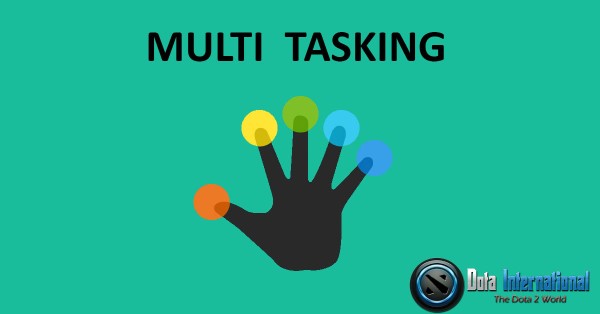 Multitasking means “Ability to perform 2 or more tasks simultaneously“. Well, I do not think I need to explain this point. Almost all the gamers, does not matter which game they play, can multitask very well because of plying that game. When we are in Dota 2, we are also performing multitasking at another level. We keep on looking at mini map, keep on scouting main map and once we are in team fight, we have to look for all the heroes in team fight anticipating their next move. 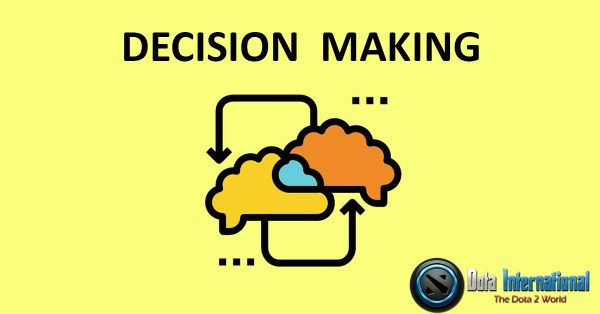 Decision making means “Ability to make out choice by ruling out the possibilities“. Enemy is chasing us and is in vulnerable position, its time to turn back and fight because we are at high ground. When to use what spell, either use it now or conserve it to use few seconds later. Enemy’s Projectile is coming fast and what should I do to miss it ? Do these statement sound familiar ? Its your decision-making ability that is being polished by Dota 2 to max. Decision making and importance of a timely decision are the few things that you learn from Dota 2. 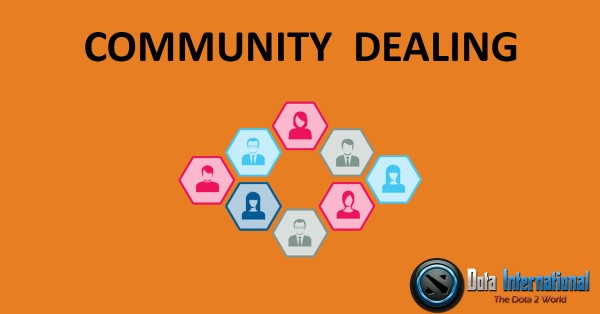 Dota 2’s community is growing day by day. On daily basis you deal with lots of different kinds of people. If you play roughly 5 games a day, that means are dealing with 45 different individuals with different age, background, education and attitude. Dota 2 teaches you how to tackle all those 45 individuals and still get your desired result,i.e., Win the game. Once you have played so many games, you can even tell what type of person you are facing, then you deal with him accordingly.

I admit that Dota 2 community is toxic but your Dota 2 friends tend to be the close friends because of sheer number of hours spent together. I can say that Dota 2 is ultimately inconsequential practice area for people to explore themselves and have a vast experience of human interaction.

It can be defined as Ability to respond to received visual and audio information fast and accurately. You were playing Puck and saw Sand king smashing his tail to ground, this could kill your whole team. But you immediately blinked to him and silenced him. Successfully ruining his ultimate and saving your team form a lot of AOE damage. What is this ? This is your ability to react accurately and fast to a situation taught to you by Dota 2. 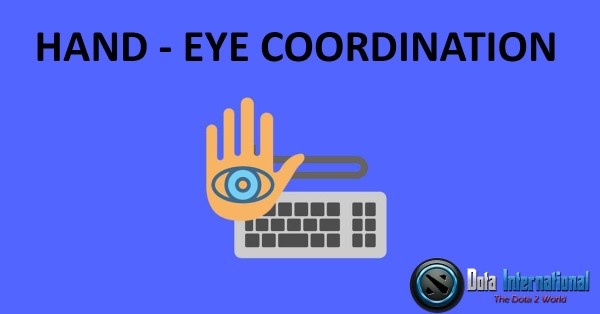 It means Ability to Direct Hand movement through coordinating the visual information. Above point explains it quite a bit. But your hand – eye coordination has become so good that it just comes to your mind that which spell you have to use and without looking towards keyboard you just hit that hotkey with your hand. That means you Dota 2 you get excellent Hand-Eye coordination that can help you respond fast to different situations. 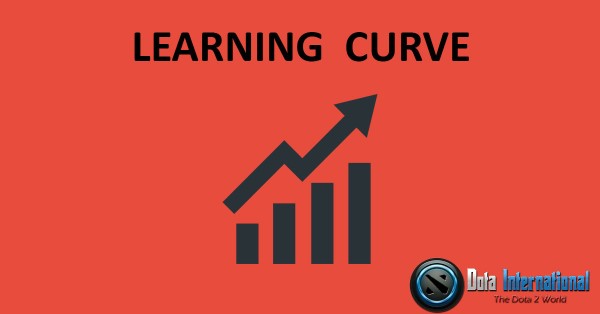 It can be defined as The rate of a person’s progress in gaining experience or new skills. Once you started playing Dota 2, you started with one hero, then you learned other heroes. Same way you learned new techniques gradually during your gameplay. It does has a great learning curve. Unlike other games like CS:GO where someone can play for the first time and own the game because he is naturally good with mouse and has fast reaction. But in Dota 2, even if you are good with mouse and you are fast, still you need lots of information and knowledge to beat your opponent. A study says that things with high learning curves tend to have tight-knit communities. This is the reason you see once you start playing Dota 2 with your friends, it’s no more fun alone. 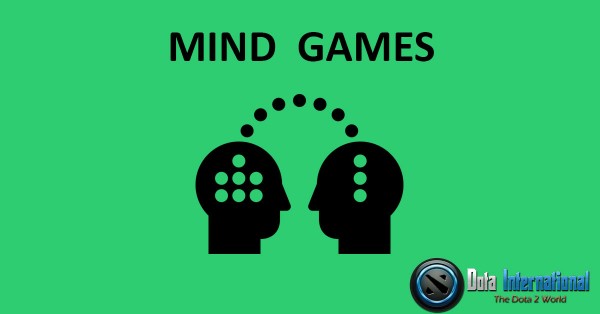 Wikipedia defines mind games as “A course of manipulative behavior intended to discomfit another person or gain an advantage over them.” Who can do it better than Dota 2 players ? There are several techniques which are totally build / created for mind games for example Juking, Warding and smoking etc. You start these mind games while drafting and then these continue till last minute of the game. The better Dota 2 player you are, better you are at these mind games.

Later on, with enough practice you become so good at these mind games that you win and win you games. You actually also apply those in real life to trick other people in getting your desired results. This something which great bosses also have. People may argue that these mind games are not fair in life. But come on, life is otherwise not fair. 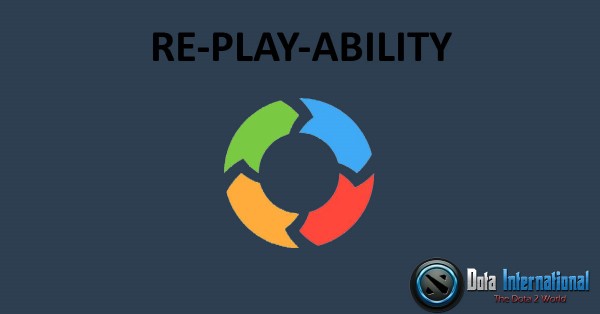 Google comes up with a definition of this word as “Replayability is a term used to assess a video game’s potential for continued play value after its first completion“. Well, there are people with 10,000+ games, they did not stop playing Dota 2 after their first game. But there are few games that once you finish you do not want to play again. In Dota 2, 100+ heroes with 10 heroes each game and 2 teams with always different set of opponents, you never have the same game twice. People like change and variety and Dota 2 provides it best. You do not get bored playing 1 game. That teaches you to stick to one boring things and do it the fun way. 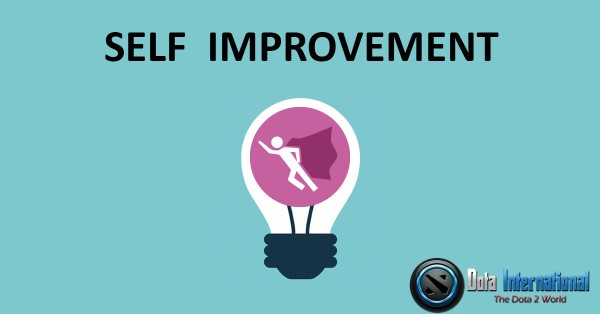 Self Improvement can be defined as The improvement of one’s knowledge, status, or character by one’s own efforts. Many people enjoy developing technical skills; for example, hitting a tennis ball more accurately or Making a perfect 3 pointer in Basketball etc. Similarly, last hitting for example is extremely calming for many players. Or support players taking a break from the stress of early mid game map control. There is no ceiling for skills to play certain heroes like Meepo, Invoker, Chen and Visage etc, they can always be played better. However there is also certain people who have even difficulty controlling 1 hero and they prefer which are not much technical like Wraith King or Ogre Magi. So, we also learn from Dota 2 about self-improvement which we can always apply in real life when we are stuck with some difficult job. 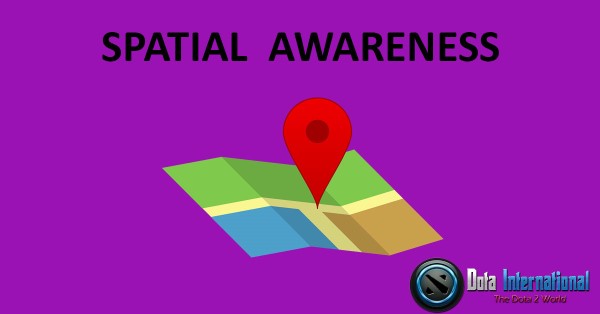 Spatial awareness is the ability to be aware of oneself in space(location). In simple words, its organised knowledge of objects in relation to oneself in that given space. Spatial awareness also involves understanding the relationship of these objects when there is a change of position. You are farming alone in a lane and you see whole enemy team missing ? That could mean 3 things, either they are coming for you, they are at Roshan or they are roaming around on map where you do not have vision. So, in that case you would get ready to deal with situation. 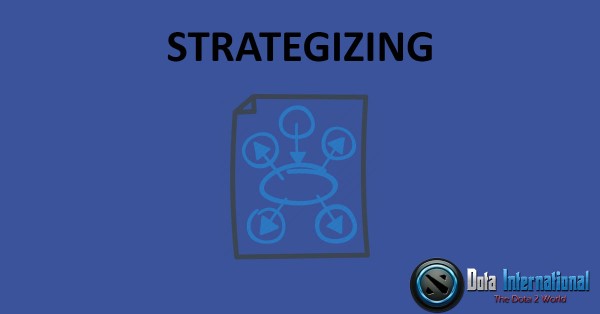 Someone’s ability to devise a strategy or strategies is known as Stregizing. Some people are good at it by default and some people develop this skill after learning and practicing. Dota 2 is one of the best strategy games. Where you can not beat enemy with skills only, you need to have some sound strategy along with skills. Players who are good at strategizing starts with awesome drafting and later on surprising enemies with unexpected strategy. I’ve seen a clip where whole enemy team makes manta including supports to confuse enemy and waste their AOE spell by sending their illusion to enemy bottom base tower. That was pretty awesome, because once they started fights with actual heroes, they did not have any major spell. One who came up with that strategy was awesome. Dota 2 Players learn to make plans and then act on it to be successful. 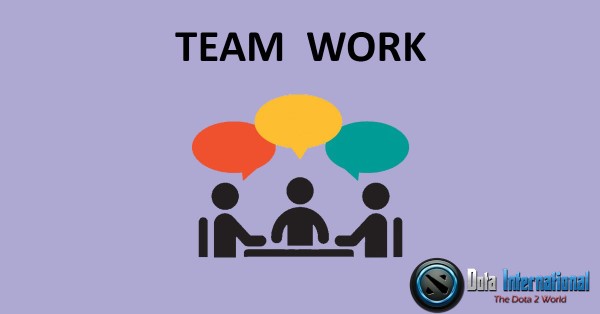 Definition is the combined action of a group to lead to a common objective. Dota 2 teaches you how to work as a team to obtain a common objective effectively. This helps in real life environment as well because once you start your job, there you may have to work with many people. As you are good with team work because of Dota 2, therefore there are many chances that you will survive rather excel at your job. I must admit that not many people learn team work from Dota 2 as you can see lots of people whining about how their team sucks. Things is, they don’t know how to get along with different kinds of people and how to get best results with whatever resources you have.

Dota 2 is really an addiction, there is no doubt. You can also check out our article 23 symptoms to check if you are a Dota 2 addict. It’s mostly written for fun part, but is also truth. The way to break an addiction like Dota 2 is to realize which of the things, maybe several, drive you and get you something that does the same but healthier. But if you can’t think of anything then its better that you dedicate yourself to Dota 2 and go pro.