How to Stack Ancient Creeps in Dota 2 – Another Trick

I am sure some people already know about this, but this guide is for the people who don’t know. This is a simple trick about how to stack ancient creeps in Dota 2. Other than your hero you can use any dominated creep to stack Ancient Creep for you when you are farming in any other place/lane. You can use many “Hero Owned Creeps” for this purpose, like Nature Prophet’s treants, Lycan’s Wolfs and so on…

However, if you are playing with any hero who does not have “His Owned Creeps “, you can use “Helm of the Dominator” to dominate a creep to stack the ancient creep camp for you. This is same how you stack other Neutral Creeps.

How and When Creeps Re-spawn?

Once Creeps have been killed in a neutral camp, new creeps will re-spawn when minute completes. timenextminuteMechanics changed now. Now creeps will respawn even if you kill the creeps at X:59 provided you are not in the camp range to block next spawn.

How to stack Ancient Creeps Now

So let’s see how it is done. Basic idea is that you pull the neutrals away from their camps at about x:50 – x:54 of every minute (X means any minute). That way, when the game checks if the creeps are there each minute, it will think that the creeps have been killed and will, therefore, spawn new creeps.

Lets do this step by step

Now keep repeating the above steps for the next couple of minutes, and you will get lots of Ancient Creeps stacked in their camp. 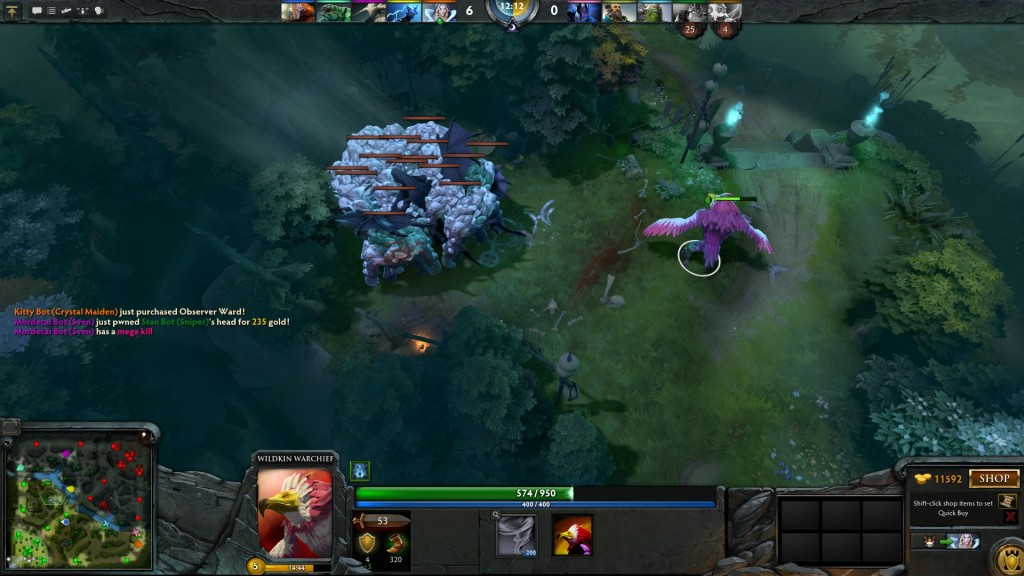 You can now kill them for a huge gold bounty. This is best done with a hero who has some form of splash attack / AOE attack damage so you can kill the neutral camps quickly.

When stacking the first couple of times, do it around x:53. When more creeps are there, you have to do it around x:51-x:52 to make sure all of the creeps get out of the way before 1 minute.